Screenshot Of This Game World of Microbes: Spore Species Evolution 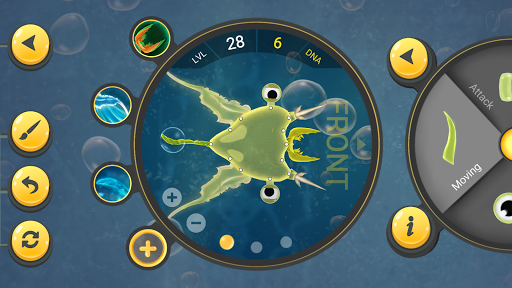 Get ready for the battle of life and death. Build an unbeatable microbe that other organisms cannot overcome. And remember the rule: kill or be killed!
This game has one of the best character editors, you can attach any body parts anywhere to the microbe, change shape and color. Working with this editor is easy and fun!
Have created a microbe? That’s great! Now go to a world with a huge number of different creatures. Compete with them for food, survival and further development. Level up in the game by eating remains of killed enemies and other food. Upgrading lets you attach new and top parts to the microbe.
Get advantages from new body parts – improve vision, attack other microbes, become faster. Combine these functions in a way you like.
Create a microbe of your dreams and become the master of the underwater world!
Your team can win the virus match or battle royale mode.
Update 0.2.14 – Dangers on every path

One of the most insidious ways to plunge your opponent in a fight is to not only injure him, but also poison him at the same time.